Our Varsity Girls Volleyball team completed an impressive season by taking first place in the Maryland Christian State Tournament on Saturday. The team decidedly won the quarterfinal round on Tuesday, defeating Greater Grace, and then on Saturday they captured the win in three straight sets against New Life Christian School. The finals were won in three straight sets as well, 25-21, 25-19, 25-19. This is the team’s 3rd state title in the last four years. Team captain Alethea Brewer is the only senior on the team who was also a part of the 2016 and 2018 teams. Earlier this year the team also took first place in their conference tournament. Well done Cougars! 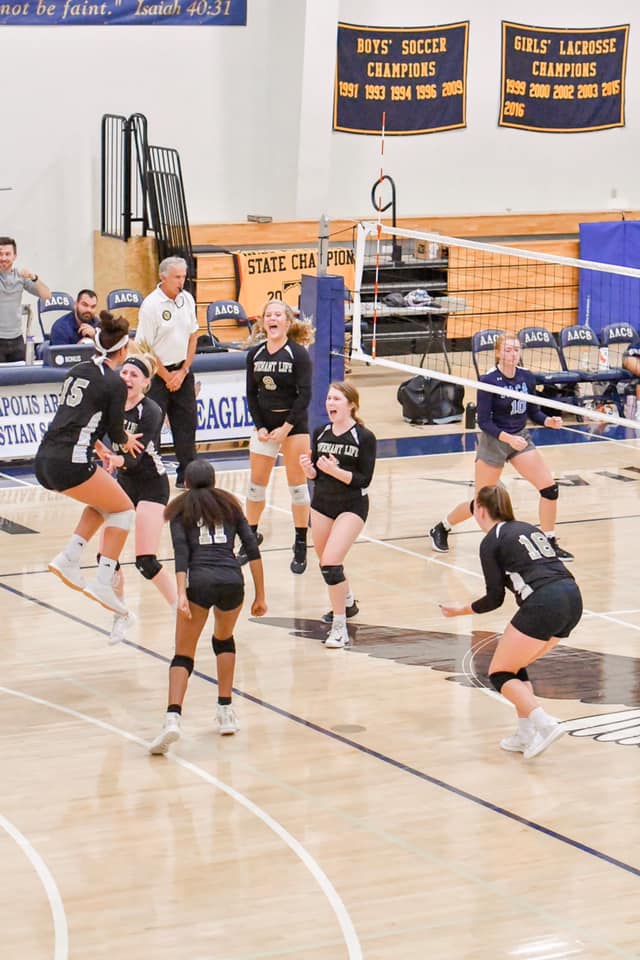